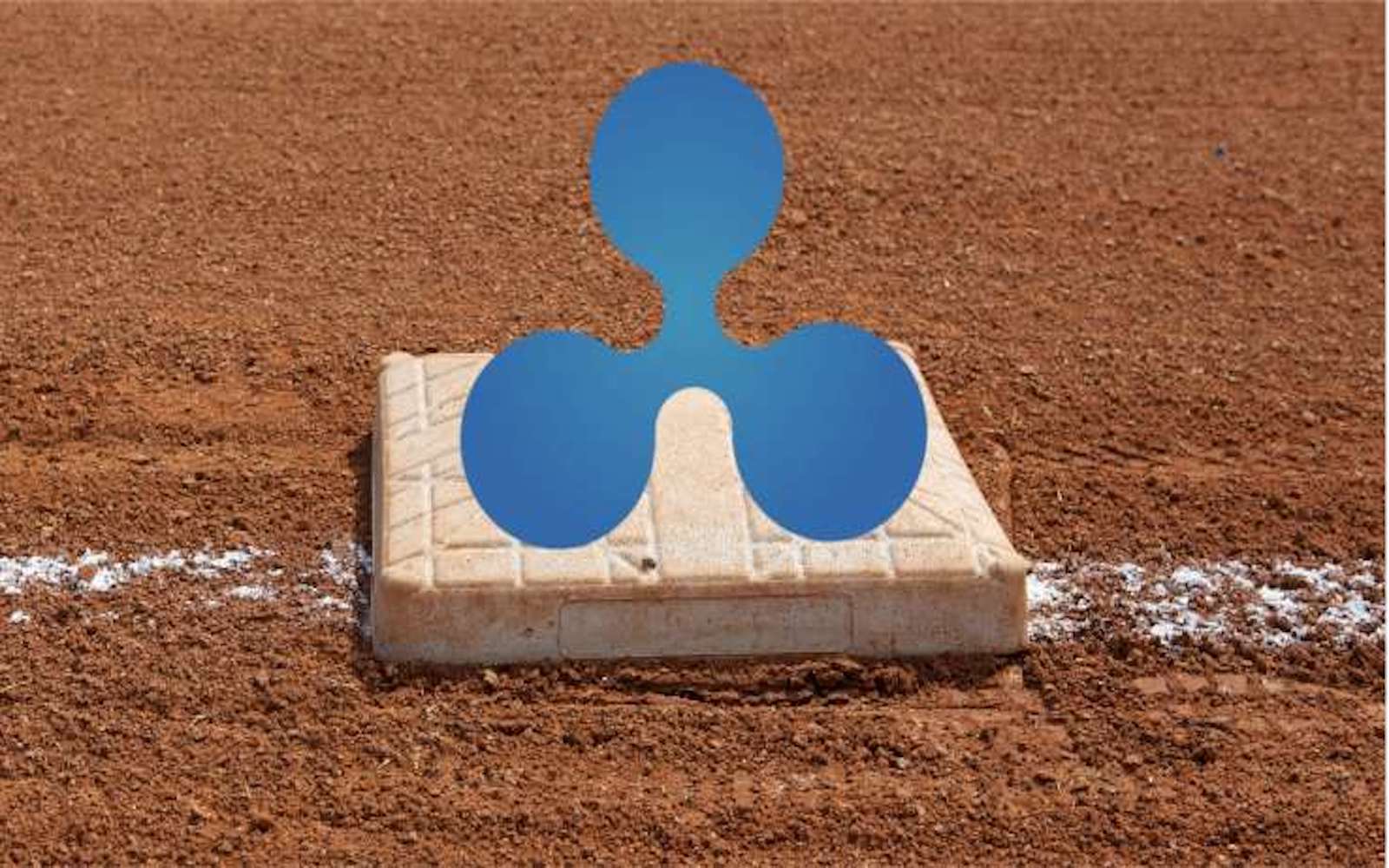 The price of Ripple may be dropping, but there are still plenty of reasons why you can still invest in XRP on Coinbase.

OPINION
Is it? Isn’t it? There are millions of people invested either way in finding out whether Ripple (XRP)is coming to Coinbase or not, and neither the company behind the altcoin nor the world’s biggest exchange is making it easy. If previous history is any indication, the arrival of Ripple on Coinbase would double its value within hours. That’s what happens when your item comes up for sale on the world’s biggest retailer. It becomes substantially easier to acquire and it becomes exposed to a substantially larger audience.

In a market where price fluctuates based on supply and demand, the impact is instant and immense. The price of Ripple will go sky-high; it will go to the moon, if it arrives on Coinbase.

Rewind time to the turn of the New Year and Ripple seemed a certainty for Coinbase. It was one of – but certainly not the only – the reasons why the value of Ripple soared dramatically. Then water fell upon the flame, and with it, the value of Ripple dropped. But investors need not be disheartened; there remain a number of signposts that point to XRP on Coinbase in the near future.

The chain of events for XRP on Coinbase?

Way back in 2015, the CEO of Coinbase, Brian Armstrong, blew altcoins off as a waste of time. You can see his Tweet above. At the time, Bitcoin was worth US$218 a pop and it owned 81% of the market cap share. Now it’s worth US$14,500 a pop, but despite the humungous growth, its share of the market cap is down to 33%. Things have changed.

They didn’t really begin to change until the last four months of 2017, either. In this time the market cap – which refers to the total amount of money invested into cryptocurrencies – rose from US$120 billion on September 15, to US$814 billion by the turn of the New Year. That’s 680% growth. The previous 680% growth period took 10 months and prior to that, it had taken three years to grow 680%.

What these two pieces of information tell us is that not only has interest boomed, but it’s been doing so in the altcoins. Yes, it’s true that Bitcoin has done all the heavy-lifting and remains by far and away the dominant cryptocurrency; it’s lost 50% of its market cap share in the process. For an exchange, any exchange, to look at that data and to bet against altcoins would be bad business. Because if you don’t follow the market, the market will move to somewhere that does.

Perhaps that’s why Brian Armstrong changed his stance. On December 15, 2017, he revealed the following:

Everything started here with Bitcoin about five-years ago, but it’s now turned out that there are dozens of these digital currencies. In fact, I think there are 50 to 100 now with a market cap over US$100 million. It’s almost becoming Stock Market 2.0 if you want to think of it that way. The ones that are the most exciting to us that we have on the platform today are Bitcoin, Ethereum and Litecoin, but there’s many more that are going to be added to the platform in 2018 and I think this is going to be a really exciting space for all kinds of institutional investors to make money.

Whenever we’ve looked to add a new asset to the platform, we look at a number of factors. We released our GDAX new asset trading policy just a few weeks ago to give you an insight into how we do this. We look at what the regulatory risk is, do some due diligence on the team, do a security audit of the coin, [examine] what the customer demand is and consider all those factors before adding it to the platform. – Brian Armstrong, CEO, Coinbase

This is a confirmation that altcoins will be coming to Coinbase in 2018 – not just one or two but “many more.” A deeper look into the new trading policy also reveals the other factors that are considered before XRP on Coinbase could become validated. Taking into account Armstrong’s quote above and that policy, I’ve pulled out the following key indicators. Not all of them must be met, and meeting them doesn’t guarantee addition, but it provides the best indication of what altcoins are on Coinbase’s radar.

What happened when Bitcoin Cash launched on Coinbase?

A week later, on 19 December, Coinbase brought Bitcoin Cash to its platform. The value of the coin instantly skyrocketed. In 45-hours it rose from US$1899.86 to US$4147.46 (218% growth) – such is the influence of the exchange. You can see the jump in the table above. However, by 21 December, claims had emerged of insider trading to the point where Coinbase suspended activity on Bitcoin Cash to investigate. Forbes reported the evidence as damning at the time.

Within a week of being outwardly public about plans to bring altcoins to Coinbase, the risk of providing too much information was clear. The market was too volatile and any spike in value immediately preceding the arrival of a new altcoin would carry a “guilty under proved innocent” stigma. Lessons had been learned.

By the end of December, the cryptocurrency community was backing XRP on Coinbase hard. Video footage emerged of Coinbase beta testers apparently showing Ripple being traded on the dashboard. This, in conjunction with other factors, saw Ripple’s value start to climb hard. Between 29 December and 4 January 4, its value rose from US$1.44 to US$3.81 – up 265%.

If the original rumours of a first week of January launch of XRP on Coinbase were true, it became untenable. Ripple’s arrival on Coinbase needed to come on the dip to avoid allegations of insider trading. So water was poured on the flames. While no specific reference was made to XRP on Coinbase, or Ripple in general, the following statement was published on 5 December by the company:

We wanted to give our customers details about our process for adding new assets to our trading platform. Our mission is to be the most trusted and easy-to-use digital currency exchange. We believe sharing this process with our customers is an essential part of building that trust.

A few months ago we released our Digital Asset Framework which highlights our criteria for supporting new assets. You can read our framework here. A committee of internal experts is responsible for determining whether and when new assets will be added to the platform in accordance with our framework. These individuals — and all employees at Coinbase — are subject to confidentiality and trading restrictions. Coinbase will announce the addition of new assets only via our blog post or other official channels.

As of the date of this statement, we have made no decision to add additional assets to either GDAX or Coinbase. Any statement to the contrary is untrue and not authorized by the company.

In short, the statement says: “there will be no insider trading, we promise.” Note the use of the word “trust” twice in the opening paragraph as an indicator of this statement’s political intent. Note the desire to state and state hard that the company is aware of and sticks to confidentiality and trading restrictions. And note the confirmation that anything you read elsewhere is untrue.

The technical term for this kind of statement is “covering your ass”.

Which is why XRP on Coinbase is still a thing.

There is nothing in Coinbase’s second statement that contradicts Armstrong’s initial announcement from mid-December. The company is bringing altcoins to Coinbase in 2018. It has published a public checklist of factors that could impact the altcoins selected so you can play along and tick them off with the watchdogs. (It’ a checklist Ripple passes with ease.) But in releasing this statement at all, Coinbase has effectively acknowledged that it cannot make the move in an environment where it can be accused of insider trading.

Statements like the one released on 5 December therefore serve a dual purpose. It covers all bases, and it sends the altcoin to be added into a timely decline.

The reasons for putting XRP on Coinbase greatly diminish the reasons against. The demand is high – currently it’s the third biggest cryptocurrency in existence. Its application is relevant and mainstream, in that it can replace the currently archaic systems for transferring currency across borders. It has a company behind it to drive that application and manage its PR, and ultimately, its fees are way lower than Bitcoin, its transactions occur in just a fraction of the time, and the initial buy-in is way more palatable to fringe investors.

Ultimately XRP on Coinbase is smart business. And it’s in the exchange’s best interest to be proactive in moving this and other rising altcoins to its exchange as quickly as possible, before the people look for them elsewhere.

This information should not be interpreted as an endorsement of cryptocurrencies or a recommendation to invest. Historic performance is no guarantee of future returns. As an investment class, cryptocurrencies are speculative investments and investing in cryptocurrencies involves significant risks – they are highly volatile, vulnerable to hacking and capital loss and sensitive to secondary activity. Before investing you should obtain advice and decide whether the potential return outweighs the risks.